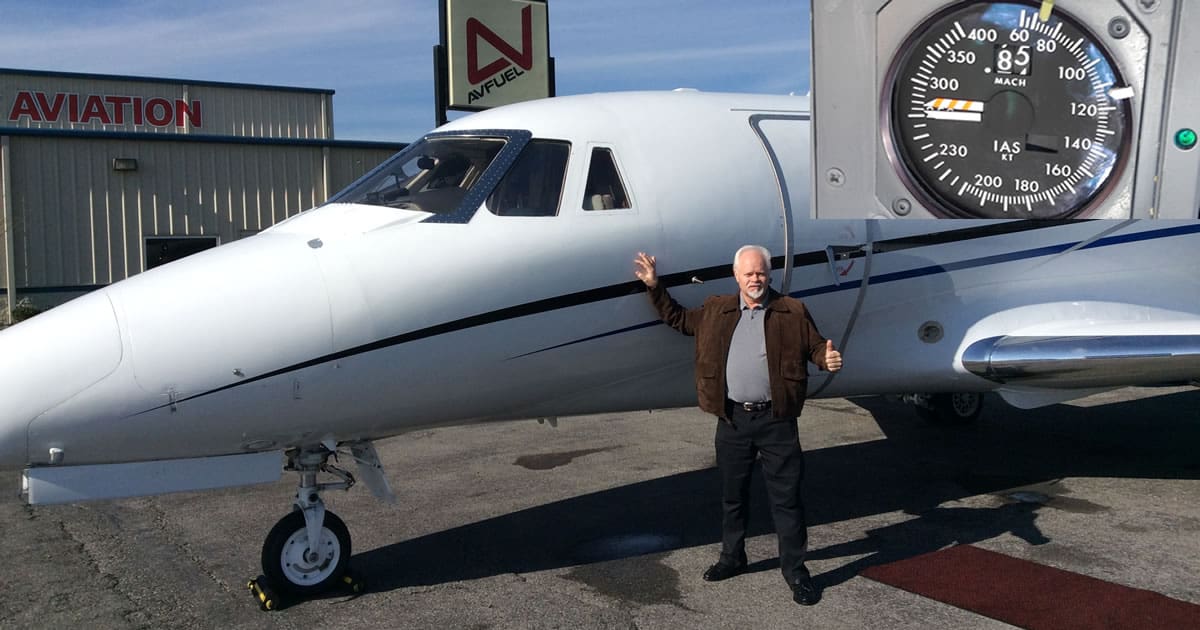 While the Learjet is certainly one of my personal all-time favorite aircraft, the sleek and graceful Cessna Citation 650 (Citation 3, 6, 7) definitely holds its place as one of the best corporate jets ever produced. With its mid-class size and stand-up cabin, nearly 2400-mile range, business passengers feel right at home with lots of room and massive amounts of baggage storage.

Citation 650 also holds its place as one of the fastest business jets ever produced. Any pilot would agree that 0.851 Mach and a 51,000 ft. service ceiling is nothing to sneeze at, and I do see 0.85 Mach in this aircraft fairly often. From a pilot’s point of view, I consider the Citation 650 a very light fingertip flying aircraft. The control surfaces are much lighter than even the Dassault Falcon 10 or 20 or 50 fleet. While the Authur Q units assisting the control steering of the Dassault Falcon fleet is a great system, I find the aileron boost control feel on the 650 Citation is both lighter and has a more responsive superior feel.

Depending on the mission at hand, I would certainly consider recommending any business jet owner to take a very close look at the Citation 650. Considering many of the Citation 650’s on the used aircraft market can be bought for around $1M dollars. I have even met Citation 650 owners that aren’t afraid to put $2M in upgrades in their Citation 650’s, simply saying “I am not afraid to put money in this aircraft, because a comparable aircraft that will do the same mission would cost many times this amount.” And they love their 650.